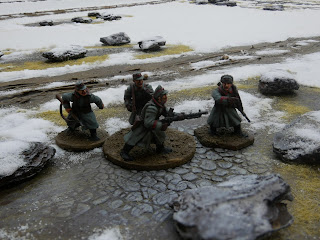 My apologies for the long delay in posting on this blog and not leaving feedback on the many blogs out there. This was due to a loss in interest and motivation in the hobby after a death in the family in January.

Apart from the world Pandemic, things are now sort of back to normal on the hobby production front. The lack of gaming means more time making and painting, so when we finally get back to the table, there should be an abundance of new terrain and painted collections to view out there on the blogosphere.

Recently, an article in issue 100 of the Wargames Soldiers & Strategy magazine caught my eye and I thought would be quite achievable and fun to do.

The Road to Dombas 1940, an article by David Hunter using the Too Fat Lardies Chain of Command WW2 rule set. David has written a seven game campaign based on German parachute troops landing near a key road and railway junction in Norway in April 1940.

The article ticks a lot of boxes for me and I thought would be quite doable with what would be needed to run the campaign.

First of all, I needed to make a new flexible snow mat (having sold my last one), but I wanted to make this a little different to my last winter mat, with roads and river built into the mat, along with plenty of rocky ground showing through where the snow has started to melt.

Some winter woods and plenty of barbed wire fencing. A reinforced Norwegian Infantry platoon and supports and a couple of reduced strength Fallschirmjager platoons.

WIP of these have been shown in this post, and in each additional post I will show the following items needed for the campaign. Buildings, stone bridge, a couple of civilian vehicles, road block and slit trenches. So as you can see, not too much to collect and very achievable.

Once everything is complete, I will do further posts with a battle report of each campaign game, unless of course the Germans lose a game, in which case it is campaign over.

First off, the winter woods WIP. For these I have glued three trees to a base, leaving plenty of room in the middle for troop movement. Keep trees near the edge of the base and I have added a little fencing and tree stump with fallen branches. After grouting, sand and glue and then painting, I plan to add plenty of dead foliage to hopefully get the right look. 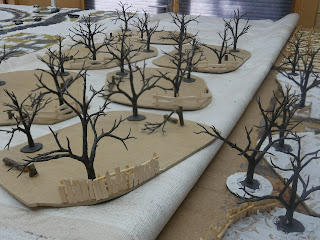 You can also see the barbed wire fence and gate bases WIP. 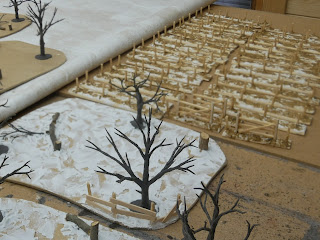 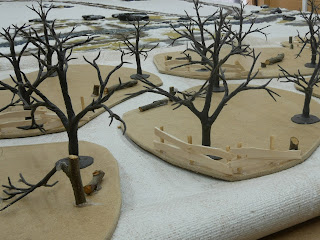 Where the road meets the river I will be making a stone bridge to cross over the ford. 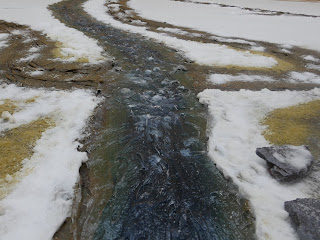 For the Norwegian Infantry I have used Warlord Games plastic German infantry in greatcoats and Belgian HMG and crew with slight conversion and different paint scheme. The Fallschirmjager are Wargames Foundry and Crusader Miniatures (not all painted yet).

I still need to finish painting and winterising the bases on the figures below. 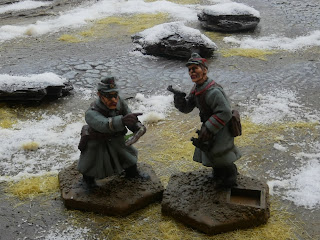 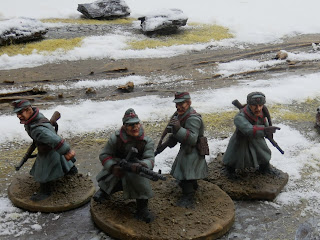 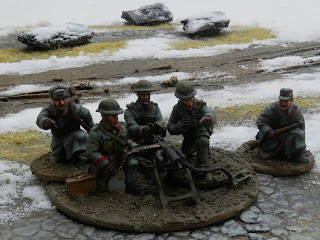 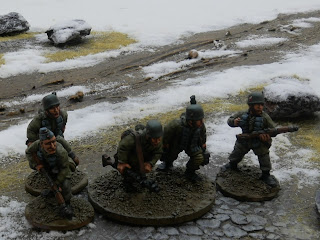 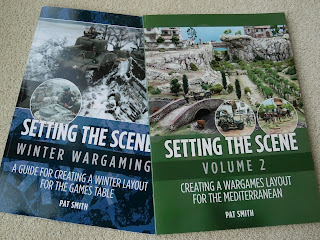