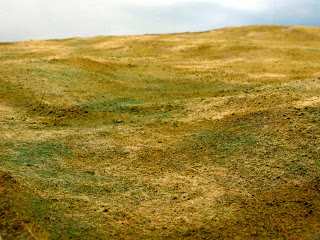 I will be going to Normandy in June with some friends and as we are leaving our wives behind, it will be a full week of military history with a little beer and wine in the evenings to help us relax after the many miles of walking during the day.

We will be starting with the beaches and then over the course of the week, we plan on working inland. We are staying in a rustic Normandy farmhouse set in typical Bocage countryside and is set central for visiting as much of the area as possible but is quite rural. Due to its location we will probably not be eating out every night so on those occasions, we plan on playing a couple of games of Chain of Command in the evenings along with a couple of bottles of wine to help us with making those tactical decisions.

We thought it would be ideal to try and recreate part of a particular action of some place that we had visited that day, onto the table top, having the benefit of seeing the actual terrain up close of what was actually fought over.

Between us, we had to decide what each of us would bring and what scale we would play the game in. We opted for 20mm as one of the lads, Steve Lygo has a vast WW2 collection in this scale of figures and vehicles, plus it would take up less room than 28mm transporting it in the car. John Warren will be bringing along some 20mm buildings, trees and hedges and I said I will provide the terrain mat and roads.

John stayed at the farmhouse last year and informs me that there is not a suitable table to game on, so I have purchased a couple of fold up pasting tables from a DIY store which won't take up too much room in the car and will give us a playing area of just under 6 x 4 foot.

Having recently made a Snow Mat and flexible roads, I decided to do the same for the Normandy table, making the mat 6 x 5 foot, so I could also use it with my existing 10 x 5 foot table. Also the mat rolls up, keeping storage space down in the back of the car. Hopefully we will have enough room to be able to take some clothes with us for the week?????

Whilst making the terrain mat and roads, I also made a few fields, these were really just test pieces before making the bigger mat and I also promised John I would make him a few fields for his Napoleonics that he is doing in a smaller scale.

I also just realised that I will have to do some flexible river/streams ready for Normandy and will include a step by step guide on methods and materials for these, along with the summer mat, roads and fields in the back of my 'Setting the Scene' book that I am working on.

Flexible roads and fields, ideal for following the contours of your hills. 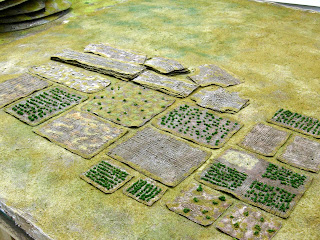 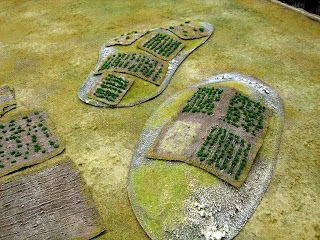 I have placed a few items underneath the terrain mat to give an impression of rolling countryside and the mat is thick enough that it doesn't crease and the contours are gradual, which is more ideal for placing troops. 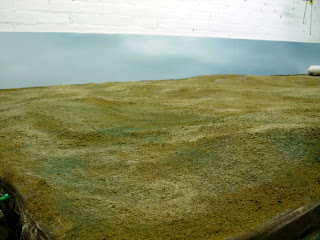 To give you an idea of scale, I have placed a few 28mm Perry ACW figures on the table. 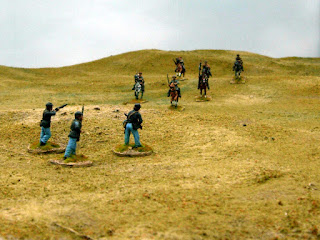 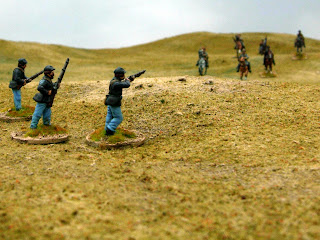 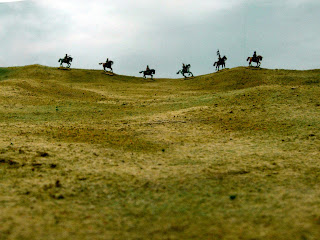 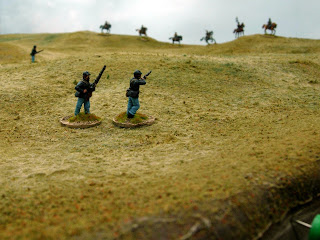 With the flexible roads on the table, along with some 28mm Warlord Games, Bolt Action figures and vehicles. 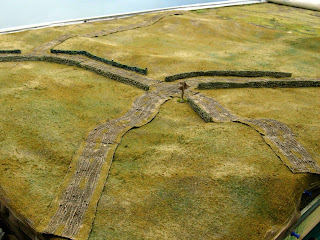 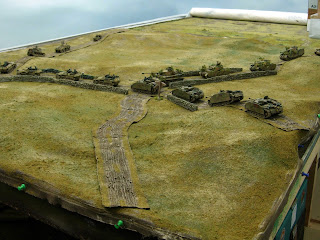 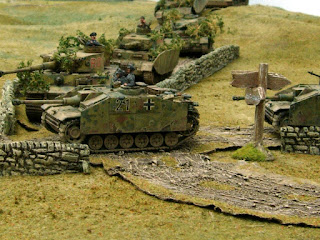 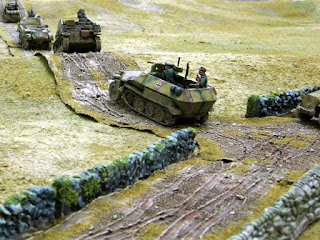 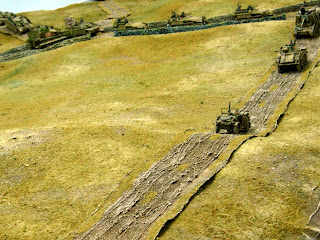