START OF THE ARTILLERY, PLUS MORE CAVALRY - NAP WIP 5 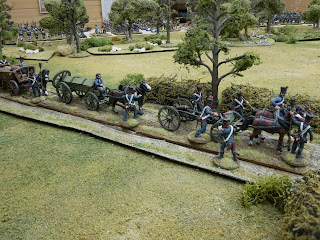 Although the bigger part of this collection is aimed towards General d'armee, the sabot basing allows me to skirmish game using Sharp Practice. As I have recently just played a couple of the Sharp Practice games it gave me the incentive to have ready some artillery and cavalry on the table and an opportunity to do a couple of test pieces before painting up the rest of the artillery.

In the first couple of pictures, you can see a Warbases MDF engineers cart and French ammunition caisson. Horses and caisson driver are metal and also from Warbases. 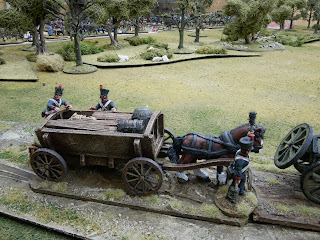 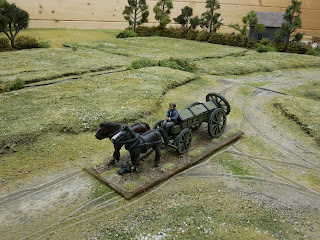 The French gun team was a mixture made up from the spares box. The gun is from the Victrix plastic artillery set. The limber is metal from Eagle Figures. Horses are metal from Warbases and the rider is from my plastic spares box, Perry Miniatures French cavalry bits and pieces. 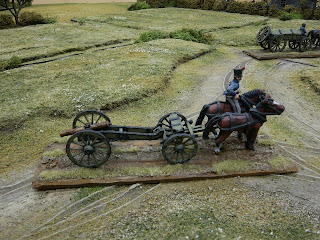 The French artillery gun and crew are plastic from Victrix. 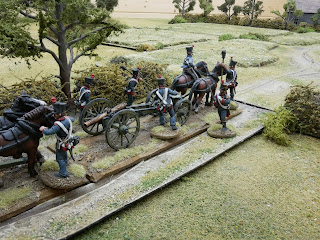 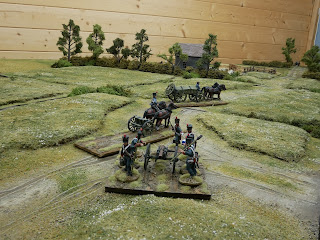 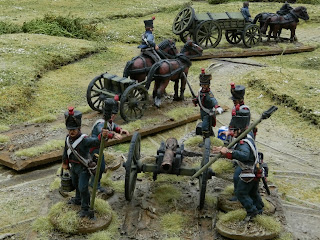 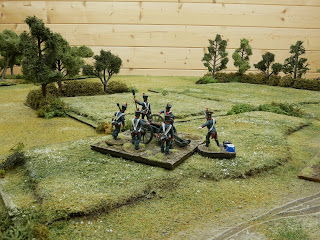 British horse artillery gun and limber are metal from Perry Miniatures. The gun and crew I had painted previously but the limber and team are recent. The Perry gun crew only comes with four figures so I added another figure and officer from Eagle Figures to make up the six needed for Sharp Practice. 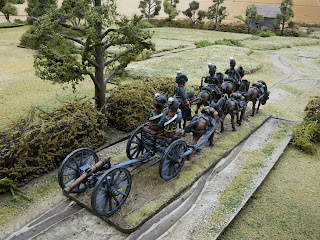 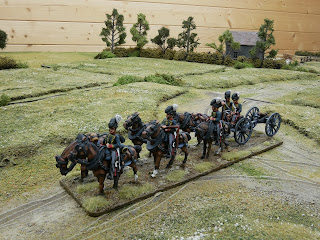 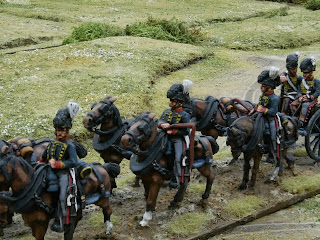 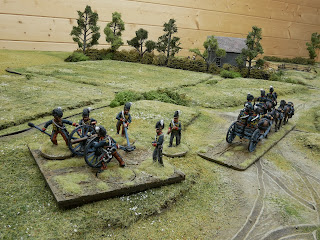 The latest cavalry unit that I have finished is the 5th Belgium Light Dragoons. Don't look too closely at the uniforms and equipment as these came out of my spares box. There is a mixture of Wargames Foundry, Warlord Games and Perry Miniatures horses. The riders come from the plastic spares that I had leftover from the Perry Miniature cavalry sets.  There was a bit of mixing and matching, greenstuff added here and there, and some scraping and painting but it has given me an extra cavalry unit and didn't cost me anything. 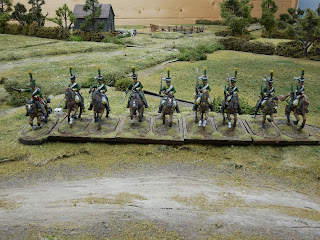 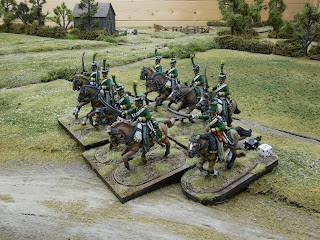 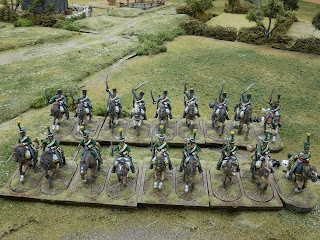 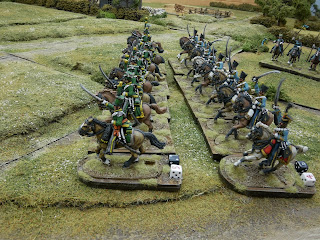 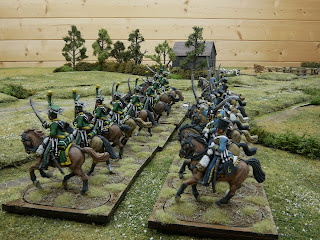 Allied cavalry so far, 5th and 6th plus a unit of Brunswick Uhlans. 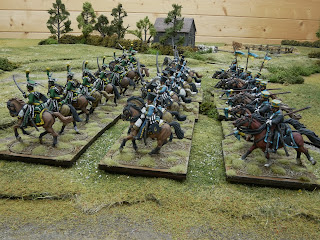 I will be starting on making more terrain next so the figure painting will have to slow down a little. Hopefully, the next post will have plenty of buildings, magnetized hills and rivers, maybe some more mats and upgraded trees.

If you find you are having problems trying to leave a comment on this blog, that is because I have started putting a block on the comments due to the fact that I am fed up having to delete half a dozen spam comments every day.

After each new post, I will open the comments section for a few days and then shut it down until the next blog post. So if you feel the urge to comment, then don't leave it too long after my posting.

As usual, the link for buying or putting your name on the waiting list for the Setting the Scene books is stevelampon@yahoo.co.uk