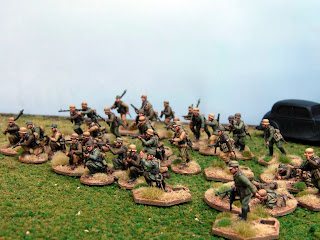 It has been a while since my last post so a WIP update of the WW2 Sicily/Italy and Napoleonic Peninsular projects.

I have been busy on the hobby front but it has been the boring preparation of figures and terrain. I have now got the cleaning/filing/gluing/priming and basing out of the way for this batch at least, although there will be plenty more to come as I progress.

To get the project started, we have some buildings and small items of terrain which have been prepped ready for the next stage. These are commercial items from various companies which will be suitable for both Sicily/Italy and Spain and will have additional items added and removed so that the same terrain can be used for WW2 or Napoleonic. 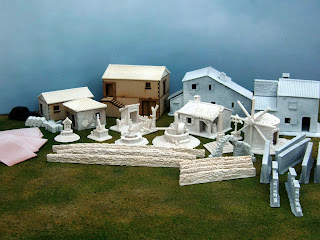 On the WW2 figure front I have completed a platoon of both German and British infantry. There is a second platoon of each that have been prepped and these are a mixture of metal and plastic with plenty of additional supports. I also have a platoon of Fallschrimjager and supports in the lead pile and will be adding the Perry Miniatures WW2 American's for the Mediterranean to this when they become available. 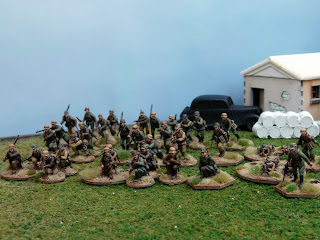 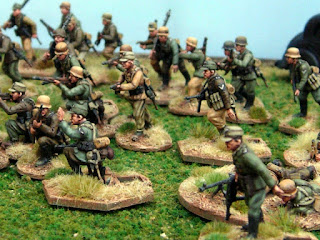 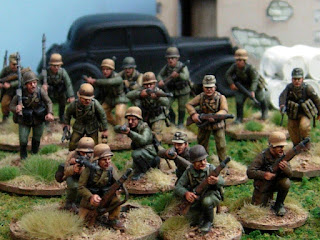 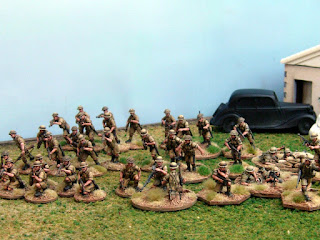 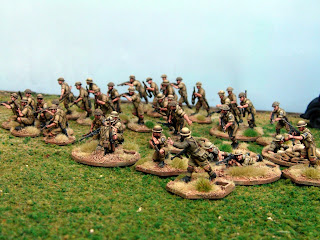 The second platoon of Brits will be in long trousers for when they move from Sicily to Italy and those cooler evenings start to draw in.

I had a couple of boxes of both British and German with the Perry plastics so I decided to use some of the spares for JOP or jump off points. 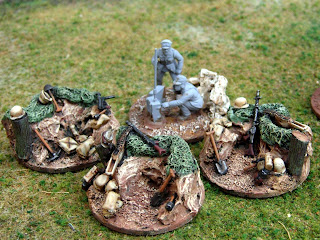 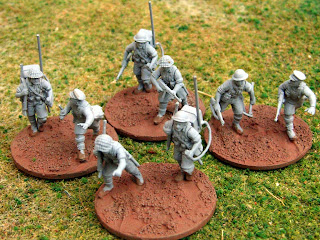 As you can see in the cabinet, a chunk of figures primed and ready to go, so hopefully painting production will be full steam ahead. Having said that, when the weather is good, I may have to put the figures on the back burner and concentrate on the terrain mat and any mountainous terrain. 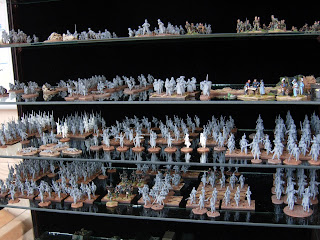 In my last post I showed you some 95th Rifles that I had painted, well here is the rest of them. They are all Perry plastic with quite a bit of converting, with leg/torso/arm and head swaps and plenty of green stuff for patches and torn clothing. I hope to paint these up so that they look like they have been campaigning hard. 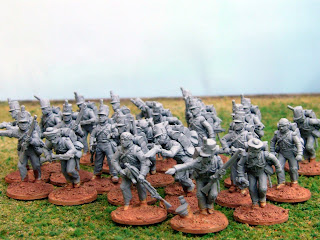 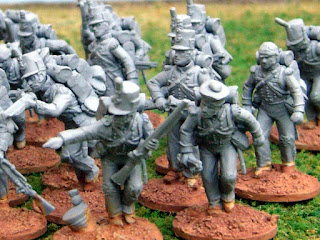 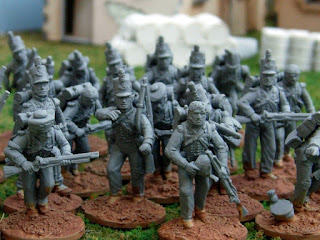 Steve Lampon will be starting a Face Book for me, Setting The Scene 2, which will be a WIP of the second book in the Mediterranean, if it comes to fruition. I will add a link as and when I get it.

As with all my posts, I will be finishing off with a link for anyone interested in going on the waiting list for my Winter book SETTING THE SCENE to contact www.kerstinsmithwww.kerstinsmith1234
and once I have enough interest I will do a third print run.
Posted by Silver Whistle at 04:48