These are Empress Miniatures Imperial Mounted Infantry for the Zulu War. They do the mounted and dismounted version of these but no horse holders as of yet. A nice touch with these figures is that they come with separate heads so that you can vary the poses slightly.
The Zulu huts are also from Empress. 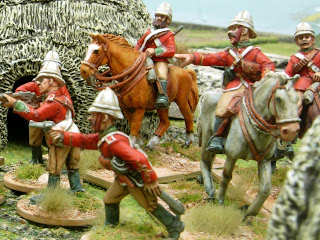 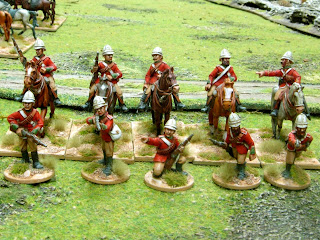 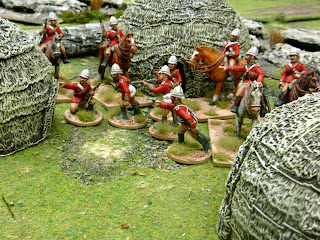 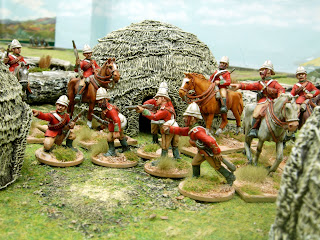 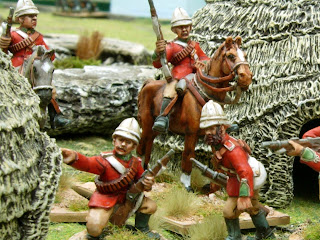 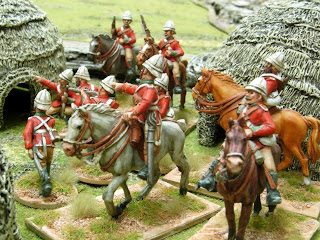 Next week I plan on putting some pictures on the blog of a couple of figures I am going to sell on ebay for anyone that might be interested. The Empress Zulu War ensign pack and the Flags of War pack have two sets of each. I painted both sets up at the same time but as I only need one, so I will be selling the other set. Same with Flags of War Medieval set (John Dunbar Earl of Moray), I had two flags, so again I painted two Banner Bearers for this and will be selling one.   Watch this space.
Posted by Silver Whistle at 09:53